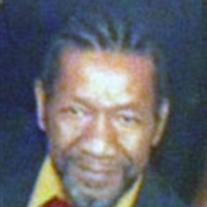 Obituary To everything there is a season, and a time to every purpose under the heaven… Ecclesiastes 3:1 A time to be born: Carlton Thurston Waters was born in LaGrange, NC on June 22, 1948, to Floyd and Georgia Mae Waters (his father preceded him in death). He was the oldest of four siblings. A time to study and serve: In 1954 the family moved to Chicago, IL. Carlton attended Paul Revere Elementary School and High Park High School. After high school he served in the U.S. Army. He was honorable discharged in 1971. A time to embrace: Carlton was the proud father of four children. He married Linda Waters in 1970 and from that union he had one daughter (Rhonda). With his union with Debbie Bankhead he had three children, Carlene, Stefanie, and Cody. A time to love: Carlton accepted Christ as his Lord and Savior as a teenager. He was a usher at Greater New Bethel MBC for many years. He enjoyed the TV ministries of Dr. Charles Stanley and Joel Olsten. A time to build: Before retiring, Carlton worked for various employers and many years as a painter and handy man. After retirement he became a home healthcare giver. A time for fun: Carlton loved watching westerns and mystery movies. He also enjoyed all genres of music with Motown dusties as his favorite. He loved photography, playing cards, cooking, chess, and partying with family and friends. A time to die: The Lord called Carlton home on Thanksgiving Day, Thursday, November 22, 2012, at 8:20 p.m. Absent from the body present with the Lord. A time to mourn: Carlton leaves to cherish his memory, Georgia M. Waters (mother), four children, Rhonda (Jevonne) Stevens, of Benton Harbor, MI, Carlene, Stefanie and Cody Bankhead of Chicago, IL. Seven grandchildren, Dontae, Jevonne Jr., Jalen, Breaunna, Brian, Tabias, Sean. His siblings, Jeanette Brown, James (Shelia), Floyd Jr. and Brenda Waters. A host of uncles, aunts, nephews, nieces, friends and his best friend Herman Deer.

Obituary To everything there is a season, and a time to every purpose under the heaven… Ecclesiastes 3:1 A time to be born: Carlton Thurston Waters was born in LaGrange, NC on June 22, 1948, to Floyd and Georgia Mae Waters (his father preceded... View Obituary & Service Information

The family of Carlton T Waters created this Life Tributes page to make it easy to share your memories.

Obituary
To everything there is a season, and a time to every...

Send flowers to the Waters family.