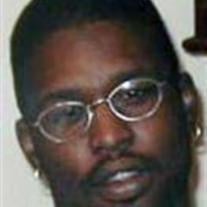 Dallas Maurice Daniel began his earthly journey on February 15, 1978 in Chicago, LI. He was born to the late James C. Daniel and Jannie Mae Reid. He accepted Christ as his personal Savior at an early age and was baptized. His elementary education... View Obituary & Service Information

The family of Dallas Daniel created this Life Tributes page to make it easy to share your memories.

Send flowers to the Daniel family.